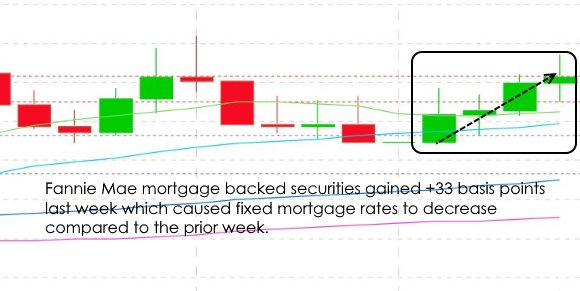 Overview:  It was all Coronavirus, all the time last week as economists and long bond traders are concerned that 1) this it is not and will not be contained in China and 2) it will disrupt manufacturing in that region for many, many months.  This weakened view of global growth is positive for bonds which perform well in low growth environments.

Coronavirus: While numbers to continue to grow in China (and widely believed to be understated), spikes in cases in South Korea, Japan, Italy and Iran as well as other areas have the market concerned that simply locking down the public in a draconian fashion in China is not sufficient to contain this outbreak and the economic headwinds could significantly impact not only China's output but the world's number 3 economy (Japan) as well as other regional manufacturing centers that would serve as a severe supply chain disruption to the United States.

The Talking Fed:  We will got the Minutes from the last FOMC meeting on Wednesday. You can read their official release here.
Here are some key takeaways from the Minutes:

Manufacturing:  The February Philly Fed Manufacturing Survey shot up to one of the highest readings in 10 years with a 36.7 reading vs estimates of 12.0. The regional NY Empire Manufacturing Index was much stronger than expected in February (12.9 vs est of 5.0)