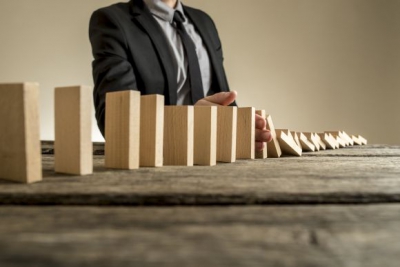 Vacant properties in the United States totaled 1,530,563, according to the results of ATTOM Data Solutions’ Vacant Property and Zombie Foreclosure Report. The figure represents 1.6% of all homes.

Meanwhile, more than 304,000 homes faced foreclosure in Q3 2019, and 3.2% of these properties were in the process of "zombie" foreclosures. Owners have abandoned over 9,600 zombie homes nationwide.

"A handful of areas still face notable problems with homes abandoned by owners after they get hit with foreclosure claims," Teta said. "But with the economy improving and the housing market still hot, an expanding number of neighborhoods across the country face little or no problem with these so-called zombie properties."

Overview:  The major economic reports for the week are actually quite positive and therefore negative for rates with much stronger than expected Retail Sales data and an uptick in inflation (CPI).  However, this was more that offset with concern over the trade war between the U.S. and China.  Which continued to make U.S. bonds very desirable as a safe-haven during this uncertain time.  This strong need for safety (preservation of capital) keep demand high for our bonds which in turn, kept our rates low for yet another week.

Inflation Nation: The July Consumer Price Index was a little hotter than expected.  The headline CPI YOY hit 1.8% vs est of 1.7% and when you strip out food and energy, the Core CPI YOY was 2.2% vs est of 2.1%

Taking it to the House: New Housing Starts were lighter than expected (1.191M vs est of 1.257M) but the good news is that Single Family Residences actually increased by 1.9% to an annualized pace of 876K.  Building Permits were higher than expected (1.336M vs est of 1.270M). Again, the bright spot is the SFR sector with a solid rise to 838K on an annualized basis. The August NAHB Home Builders Market Index came in at 66 vs est of 65. A very robust reading.  Weekly Mortgage Applications shot up by a whopping 21.7%. Refinance Applications led the way with an increase of 37.0%. Purchase Applications increased by 2.0%

Consumer Sentiment:  The University of Michigan's Consumer Sentiment Index Survey was very low for their preliminary August reading (92.1).   However, what is interesting is that inflation expectations among consumers moved higher to 2.7% over the next 12 months.